Rob has been a part of the Pine Ridge Family since 2014 and has been in Full Time Ministry since 2002.

He would be absolutely lost with out his wife Kathy and 3 kids.

You can email Rob at pineridgerob@gmail.com 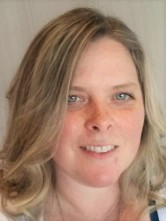 Steph grew up in Fredericton, NB and came to know Christ at an early age. She was always very involved in her church and its ministries. She attended Bible school in RI, at Zion Bible Institute for 2 years (1996-1998), then moved back home where she later attended University and completed her Ba(2007) & her BEd(2008) at St. Thomas University. She and Norm moved to Petawawa in April 2010. She is still a licenced teacher with the Ontario College of teachers, with a love for music & drama, but has found a place here at Pine Ridge where she can still be crazy & dramatic and work with children.

You can email Steph at pineridgesteph@gmail.com